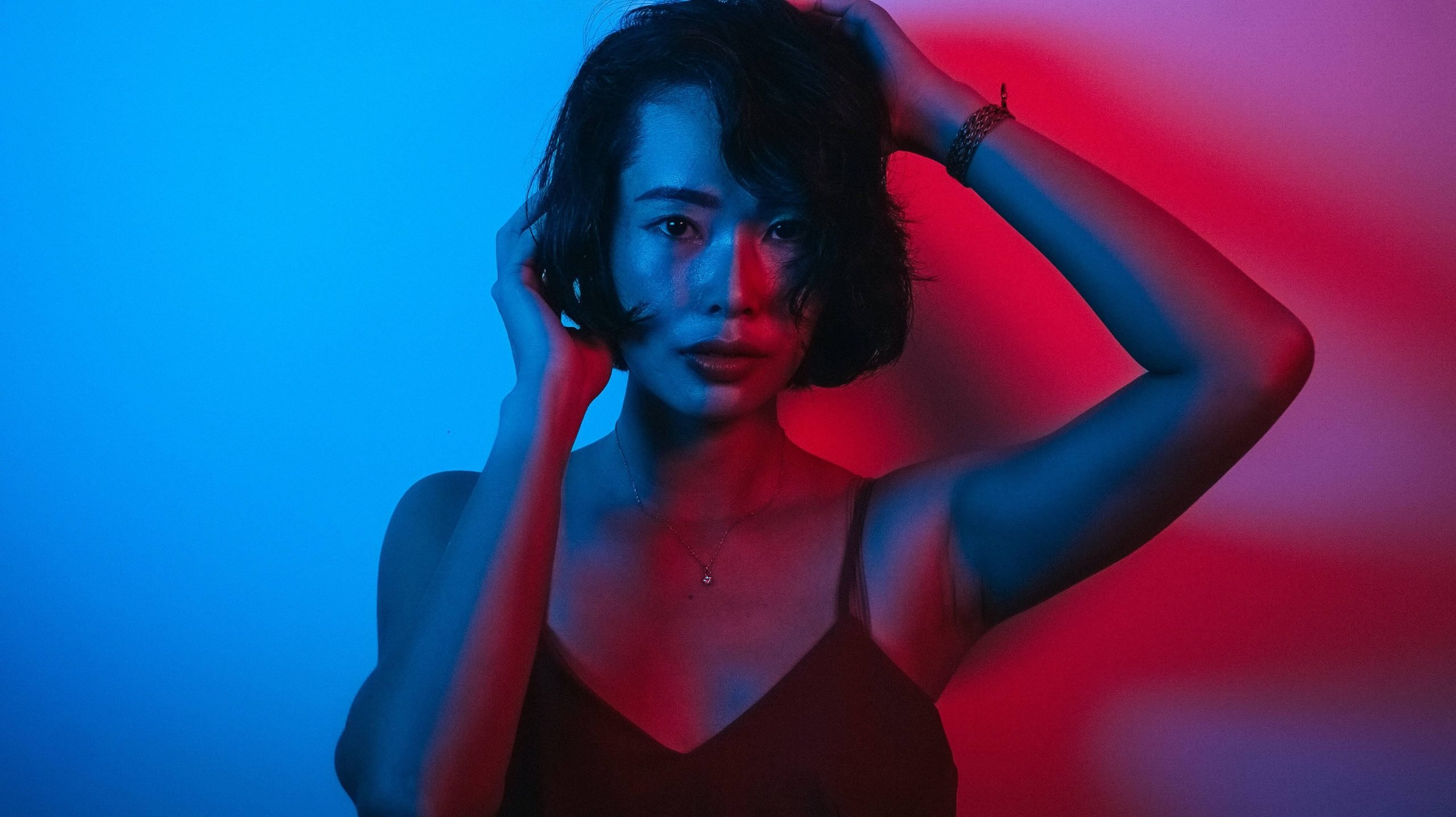 ‘Fake it til you make it’ is plastered about the place as a motivational slogan of sorts to inspire us all to chase the dream, live life and care a lot less about where you are right now… just look to where you’re going.

But the truth is, ‘fake it til you make it’ has some great legs. There’s more than meets the eye to this tiny little phrase that actually makes it one of the best pieces of advice you could hope to get.

Perhaps this little saying has been written in too many fonts for too many quote boards and printed on too many t-shirts for us to now take it seriously.

But the reality is that until you MAKE IT you’re on a journey of learning and discovery. You might not have all of the tools and all of the knowledge just yet but hey, they don’t need to know that.

How you decide to show up in the world is how the world will perceive you. This is why there are many powerful mantras for success out there that you should embrace and live by.

And one of them?

Fake it til you make it.

Fake It Til You Make It Means Acting Like You Belong

Have you ever been invited to a job interview and sat across from someone who is effectively at the exact same point in their career as you but they ooze this confidence that says, ‘I belong here’

At first, you might think, ‘Bloody hell, get a load of the ego on that one!’

But really we’re stung by an heir of jealousy (admit it). Because while we’re sitting over here sweating our jubblies off with nerves, feeling entirely out of place and out of our depth, they are cool as a cucumber.

Swanning around as if they already have a decade of experience under their belt. Gliding in and out of the interview as if they’re walking on the red carpet.

But what they have is the self-confidence to act like they belong.

And this is why ‘fake it til you make it’ is great advice.

Because the goal with this is to act like you belong.

You aren’t out of place but exactly where you need to be. You show the world around you that you are not some sweaty nervous newbie praying for an opportunity – but someone with a heap ton of value to give that they’d be lucky to have.

Who would you hire?

‘Fake it til you make it’ is the best advice you could ever be given because the reality is, how are you portraying yourself otherwise?

If You Aren’t A Peacock, What Are You?

People do battle with this idea of ‘faking it til you make it’ because it gives the impression that you’re pretending to be someone you’re not, right?

‘If I’m faking it then surely what that means is that I’m a fake? A big fat phoney?!’

No one wants to be that. But what they do want is to rise to the top. They want to BE the person that they KNOW THEY CAN BE.

The reason we envy the interview competition is that we know that our politeness and apologetic energy is incredibly undesirable compared to their glorious peacock feathers.

And really, we wish we could do the same.

Or, do we appear like someone who doesn’t yet have the belief in themselves to put one foot in front of the other?

Perhaps ‘fake it til you make it’ doesn’t sit well because it implies that we aren’t what we say we are… until we are.

But it’s so much more than that.

If you want to do big things then you’ve got to peacock. Show off those big colourful feathers, stand tall, stand proud and tell the world, ‘I don’t have proof of what I can do yet but damn it, you’re going to believe that I can do it either way’

What does the interview competition have that you don’t have, really?

She can peacock her way in and out of the boardroom because she has the confidence to speak up and speak out. And really, that’s what ‘fake it til you make it’ is all about. Do you have the confidence in yourself to do what you do without yet having any evidence to back it up?

And if not, fake it til you make it is what will actually help you find this confidence.

Let’s look at an example.

Think about a newly certified fitness coach. They have the credentials, their own body has been sculpted into that of a God and fitness is their life.

Fake it til you make it is NOT saying to yourself, ‘I am not a real coach until I have clients’ It’s showing up in the world as though you already do. Every time the coach appears across social media are they acting like the coach they want to be or are they apologetically mouse-like?

Are they showing prospective clients and other thought leaders in their space that they are someone worth noticing?

Or are they telephoning to the world that they don’t belong in the professional space?

It’s all about having the self-confidence to show up and say, ‘I know what I know, I’m excellent at what I do and I am worth your attention.’ And you do this by behaving like the person you want to be.

People Respond To What You Give Them (And So Do You)

The reason ‘fake it til you make it’ is such great advice is because the world will only see what you decide to show it. If you want to establish yourself as an expert in your field then by all means get the required training, learn what needs to be learned and develop your skills.

But along the way, you must show up as the person you want to be seen as.

And hey, this is not for everyone else’s benefit. It’s for your benefit. Are you telling yourself that you can be the person you want to be or are you questioning yourself?

This is the most important thing here.

Jumping back to the interview situation there are really two choices:

Open up or close off.

Either you open yourself up and stand tall with your shoulders back (whether you feel confident or not) or you sit hunched over in the corner waiting for your name to be called whilst biting your nails.

So negative self-talk and feelings of insecurity can result in closed-off body language and turning in on yourself.

Act Until you Become

The reason the actress could never land a role at The Globe is that she didn’t behave like she belonged at The Globe.

We must act until we become. If we want to be a certain person then we must start behaving like the person we want to be starting today. You don’t wait until you get there and then decide, ‘AHA! Now I am who I want to be!’

Because when that time comes, you can either be mentally prepared for it and already know exactly how to live that life and be that person or (just like the now-broke lottery winners) you will struggle to adapt.

Fake it til you make it is great advice because it means you behave like the person you want yourself to be which only makes it easier to get there.

Act until you become.

And with each decision to behave in the way your future self would intend, your mind quickly jumps on board and starts to believe that it is true because hey, it is. 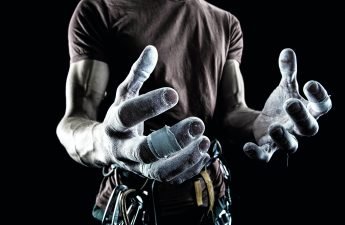 A Powerful Mantra For Success From A High-Performance Athletes Coach 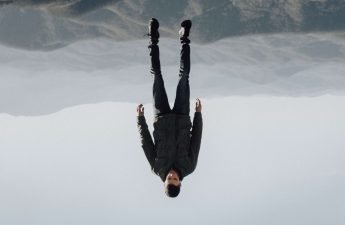 17 Reasons Why You Fail All The Time

How to Crush Your Fear of Failure & Be Successful in Life

Hi there! My name is Emma, founder and writer of 'Resilient Humans'. Lover of slippers, 13% vol red wine, online courses (I don't care, you don't know me!) and queso, obviously. I'm currently in the process of writing my new book, 'Bold, Brave & Brilliant: 12 life lessons to cultivate mental strength and emotional resilience'. Check out @resilientemma on Instagram for the latest updates and all of the juicy goodness. Any questions? Just drop me a DM at hello@resilienthumans.co.uk or jump in the comment section below, I'd love to hear from you. No, truly I would.
View all posts by Emma Loveday → 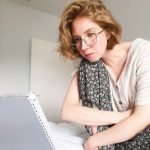 Buy Prints From The ART SHOP